Leila Aboulela: “I write focusing on what I know rather than on the issues that grab the headlines” 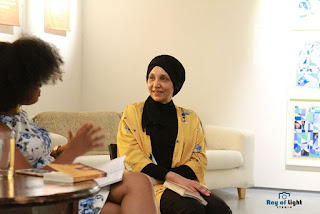 Cairo-born and Aberdeen-based, Leila Aboulela is one of the most distinctive and powerful Muslim voices in contemporary British literature. In conversation with her, on the occasion of the recent publication of her latest collection of short stories, Elsewhere, Home.


Elsewhere, Home, comprising 13 short stories, most of which were previously published either individually or in your collection Coloured Lights, serves as an ideal introduction to your work on all levels.  Why did you decide to include these stories in a single book?


As Coloured Lights had been out of print for some years, I wanted to bring back the strongest of the stories and combine them with newer ones that I had written more recently. The stories are not presented in the order they had been written. However, the very early stories such as The Ostrich and Coloured Lights are characterized by a sense of acute homesickness and alienation. In a subsequent stage of my writing life, the stories involved fraught interactions between the Sudanese and British characters such as in The Museum, Majed and Something Old, Something New. In the most recent stories, The Circle Line and Pages of Fruit, the characters are citizens of the world, moving comfortably between countries. 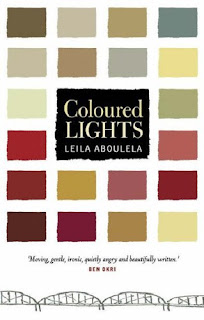 Whereas you’ve written 4 novels, this is just your second collection of short stories. I’ve always tended to consider writing short stories as a more demanding and painstaking process. Do you agree?


One short story can have the same “work”, i.e. technique and skills, as a whole novel. Certainly, a whole collection such as Elsewhere, Home is denser in process, thinking and creativity than any of my novels. When I first started writing, I concentrated on the short story. Then, I started writing novels interrupted by the occasional short story. After my third novel Lyrics Alley, I returned to the short story, as it provides more freedom and more room to experiment.


The novel is a much bigger investment and I tend to be cautious before starting a new one, whereas I can start a short story as soon as I have an idea for one, without much hesitation.


Despite having been written over the course of almost 20 years, these 13 stories display a remarkable stylistic, thematic and tonal unity and cohesion, highlighting the individual’s need, search and longing for home in an often hostile and contradictory world. Has this issue been one of your major concerns both as a person and as a writer?


Since moving from Sudan to Scotland in my mid-twenties, I’ve been interested in this theme of migration, homesickness and belonging. In 1990, I arrived in Aberdeen with a 4 year-old son and a two-week old baby. My husband worked off-shore on the North Sea oil rigs and I was often left alone to cope in a culture and climate I knew very little about! I was very homesick for Khartoum and it was not easy to make friends. However, this difficult experience was what turned me into the writer I am today. For the first time in my life, I started to write fiction. 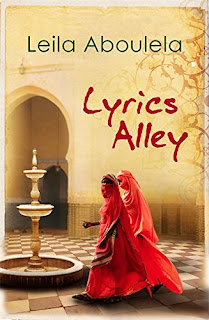 “Perhaps this is the essence of my country, what I miss most. Those everyday miracles, the poise between normality and chaos. The awe and the breathtaking gratitude for simple things. A place where people say, ‘Allah alone is eternal’”, your hero in The Ostrich exclaims. What do you miss the most in contemporary Britain and Scotland?


Everything- the visuals, the people, my sense of belonging. I can’t pinpoint exactly what I am missing! The writing is a way of answering this question.


And how crucial as a spiritual, intellectual and psychological “navigator” your Muslim faith is?


From the beginning of my career I had wanted to write about Islam as a faith and about Muslims who, with varying degrees of success, are engaged with their faith. I wanted to put Islam in English literature. Over the past decade the media interest in Islam has focused on terrorism and the veil; for me, the challenge is to resist explaining, defending or getting pulled into an agenda set by others. I write without looking over my shoulder, focusing on what I intimately know rather than on the issues that grab the headlines. 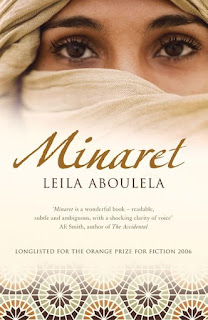 In times simultaneously characterized by rising islamophobia worldwide and a surge in Islamist fundamentalism, do you feel that your work achieves to shed a different, more profound light on what it means to be a Muslim nowadays, building “bridges” of empathy and mutual understanding?


I do hope so. When I first arrived in Britain and came into contact with the Muslim community, my reaction was one of admiration. I was inspired by how Muslim immigrants in Britain were working so hard to preserve their religion and to pass it on to their children. These were people who were poor, subjected to racism, and marginalized in British society and yet they strived to establish mosques, to make Islamic education available, to acquire Muslim burial grounds etc.


After September 11 and more recently the radicalization of Muslim youth, there are even more challenges and conflicts facing minorities. My work reflects this world and the conventional (i.e. neither liberal nor fundamentalist) Muslims who exist within it.


What do you think of the Brexit-in-progress, by the way?


It is disappointing that so many people voted for what is ultimately harmful to their own country. If people don’t know what is best for them or are irrational or easily manipulated in their voting behavior, then this casts doubts on democracy itself. 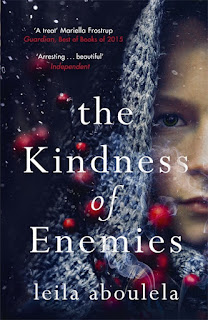 Returning to your literary work, what astonishes me the most is the depiction of your characters in all their fragility and contradictions. To what extent do they constitute a fictional reworking of real-life people you’ve met over the years?


They are rarely exact replicas of real-life people though of course they are inspired by real people. Often -but not always- I do know the real person who inspired the character but, at the same time, I treat them as distinctive and separate. My loyalty is always with the needs of the story and its characters rather than a faithful rendering of the real-life people on whom the characters were based upon. Even though my characters are complex and full of contradictions, real people are even more complicated, unpredictable and often difficult to pin down. There has to be an artistic distance between fictional characters and real people.


If Elsewhere, Home was ever to be adapted for the big screen, I would envision Mike Leigh as its director- and not least because of his trademark warm humanity and humor. Would that make sense to you?


I find it difficult to imagine film adaptations of my work! I think it would be many years before this happens. But who knows, I might be wrong. 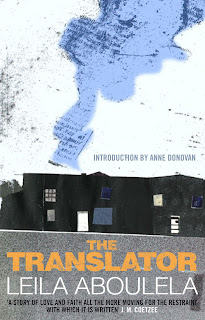 As far as I know, your work is little known in Greece. Would you be interested in reaching out to the Greek readers?


Yes, I would certainly be interested in reaching out to Greek readers. Actually, my first novel The Translator was translated into Greek many years ago. Thank you for this interview.


You may read more about Leila Aboulela and her work in her personal website.


I would like to warmly thank Elizabeth Briggs, Editor and Marketing Manager at Saqi Books, Telegram and The Westbourne Press, for her valuable contribution to the conduction of the interview with the author. 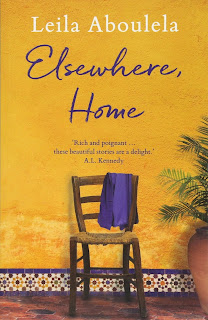