Gentian Koçi: “I wanted to give the feeling of oppression coming from above” 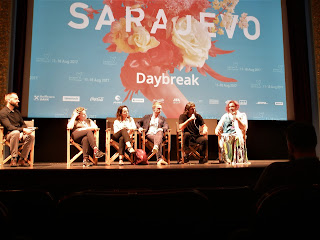 Daybreak, the remarkably confident and at times reminiscent of the Dardenne Brothers debut feature by Albanian director Gentian Koçi, explores with subtlety the struggle of a woman (Ornela Kapetani) with her baby son to survive at all costs in contemporary Albania. The film had its world premiere at the 23rd Sarajevo Film Festival, where Ornela Kapetani deservedly received the Best Actress award. We sat down with Gentian Koçi shortly after the press screening of his film.


Why did you choose to focus on a female character, to start with? What was so intriguing about that?


It was more of a spontaneous, intuitive choice. Now that I think of it, it could also have been a male character. Having finished the film, I keep asking myself “How can a father with a young son react in situations like these?” It would have been an interesting story, if it was based on a male character, but a different one. In social terms, of course, the struggle of a woman to survive is much more complicated and difficult. Maybe this is one of the reasons why I chose a female character.


It’s much more difficult for a woman to achieve her goals, as well.


The obstacles are numerous and much bigger, according to my point view, comparing to those faced by men. But the male character would have been transformed in a totally different story with a different narrative style. 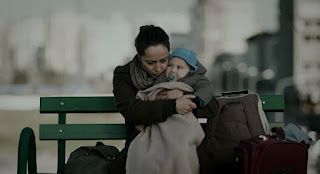 Was, then, the narrative style influenced by the choice of your lead actress, Ornela Kapetani? Did she contribute to the formation of her own character?


First of all, I finished the script and then started looking for actresses. I conducted a lot of auditions and interviews, but, when I saw Ornela Kapetani for the first time, I was almost convinced that she was the one for Leta’s character. She also liked the script a lot, and then we had to work together, because incarnating this character was a very difficult process. We worked up to six-seven months before shooting. We had to be very careful, because her character needed to be built within a specific social context, as well as bear some psychological signs. We really had to keep her at a borderline between the social and the psychological.


She’s a person determined to survive at all costs. What is particularly intriguing in your narrative approach is that there are things which one must guess that happen, either outside the frame or inside her psyche.


In my communication with the audience I put enormous value to what is outside the frame.


Still, Daybreak is a film firmly placed within the context of the contemporary Albanian society. How influenced are you from it as both a director and someone living inside it?


My approach to the film is from a universal perspective, which means that it doesn’t only refer to the Albanian society. What makes it universal, in terms of communicating with larger audiences, is the fact that it deals with the inner human struggle. Of course I got the idea from where I live, my daily observation, my interrelation with people in Albania; their portraits in the streets, the way they react or behave. It is inspired by the everyday life. There is also a political statement in this film, because I wanted to give the feeling of oppression coming from above and, since the people have no other alternative, they somehow start to fight against each other. It’s a statement about a system pressing with much persistence on the Albanian people. 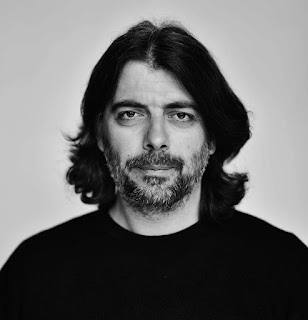 With regard to the Albanian cinema, not many films are being made or screened at festivals or commercially worldwide. I assume, therefore, that your effort, too, must have been quite hard to materialize. Is that so?


It’s much more difficult for Albanian films to have an international visibility, because the production is low. However, we have a very rich cinematic history, but very few people internationally know this treasure, since we were completely isolated for 45 years. This makes our work, my work, more difficult, because it is as if the Albanian filmmakers come up with a very low symbolic capital and hard work is required, so that they are visible. It’s also very difficult for Albanian films to have their world premieres at very important European festivals.


I have to say, though, that even if we haven’t produced so many films, since 1990 we have very good works by Albanian filmmakers, who have had the opportunity to share them with international audiences.


I guess that the co-production element, the co-operation with Graal Films, helped in the completion of the film.


The co-production process with Graal Films was very important for the completion of this project. They read the script, they liked it a lot and, ever since, we were on the same “boat”. The only “condition” was that they, too, wanted the film to be completed. Then, Graal could raise some money from the Greek Film Centre, so I had the chance to have part of my artistic group from Greece, for example the DoP, Ilias Adamis. All the post production services were carried out in Greece.


Is this your second time in Sarajevo?


This is my second time in the city as a film director. The first was 3 years ago within the framework of the CineLink Co-Production Market. We were selected among 14 other projects for development and financing.


How does it feel being here?


Being part of the Competition or this Festival, in general, feels very good and somehow important. And the organizers of it are very welcoming and friendly people. The atmosphere of the city during these days feels really familiar. So, I’m indeed happy to present my work in Sarajevo. 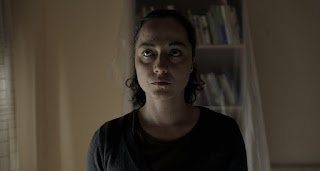 Let’s hope that Daybreak will manage to travel as far and wide as possible! Are there plans for further festival screenings?


I cannot announce the confirmations publicly, because they are not official yet. At the same time, our film production company tries very hard to promote it to more festivals.


I would like to warmly thank Gentian Koçi for his time and Blerina Hankollari, his wife and business partner, for her valuable contribution to the interpretation of his responses in English.


More information on the film can be found at: https://www.widemanagement.com/daybreak 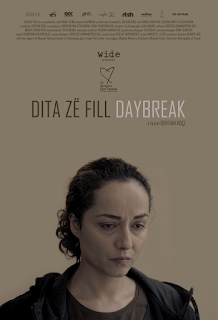