Ralitza Petrova: “Rage is a good weapon, when you’re on the side of the truth” 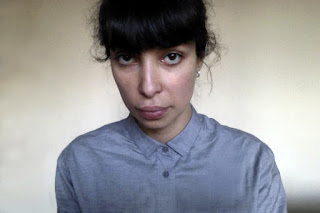 Only loosely related to religion, despite its title, Ralitza Petrova’s first feature Godless is a powerful existential drama focusing on Gana (Irena Ivanova), a home nurse who takes care of elderly people in a provincial Bulgarian town and, at the same time, trafficks their ID cards on the black market, in order to survive. But then, a chance meeting triggers a demanding inner transformation process. A film about abuse, corruption, faith and the possibility to change, Godless premiered at this year’s Locarno Film Festival, where it was awarded the Golden Leopard. Irena Ivanova received the best actress award for her performance of Bressonian proportions. We sat down with Ralitza Petrova for a lengthy conversation shortly after the press screening of her film at the Sarajevo Film Festival. Dressed in a plain black T-Shirt and black jeans, she was “still seeing images of little leopards popping out”, as she joyfully confessed. A couple of days later, Godless went on to receive the Special Jury Prize in Sarajevo and Irena Ivanova the best actress award.


Your film, as you have mentioned, is meant to be an homage to the disaffected, marginalized people portrayed on it. In what sense?


Because no one makes this kind of films, as no one wants to see them! But these people live on the verge of society and I myself have always been interested in the little, ordinary person. I’m a big fan of Kaneto Shindô and Ozu. This sort of working-class, neo-realist characters. For me, the essence of what I wanted to explore, I find in these people living at the extreme end of society. In a way, my main character is somewhere along the path to ending like the old people she’s looking after. All characters in the film somehow share the same story: they all live against their intuition for what is right, in order to survive.


So, how representative of the societal conditions in Bulgaria is the situation depicted on your film?


I think it’s quite representative. It is probably true for a lot of countries that their capitals do not truly represent them. In the capital Sofia, it is so easy to feel content: you see good-looking people with good-looking objects and you think “my country doesn’t have a problem”. But in the provinces it is very different. I wanted to talk about the ordinary people, who live in the provinces. Bulgaria was a country that used to have a population of 9 million. 2 million left. A lot of people for a country of this scale. They left for a reason and Godless explores partly the reason why.


Still, Gana (Irena Ivanova), your female lead, although she’s on the same side with the elderly people she’s supposed to be taking care of, for the most part of your film she systematically exploits, or even abuses, them. Isn’t that a contradiction?


Absolutely! But deep inside her she has a yearning to change. You see that yearning, that potential, slowly revealing itself throughout the film.


She seems to be in a state of gradual…


The story is very simple. It’s about a person, who, in her essence, is good, but in order to survive chooses a criminal path. But she reaches a point when the compromise is too big. Fear and guilt play a big role in the characters’ choices. People who have suffered political oppression or genocide are not terribly emotional people on the surface. Inside they are. When you’ve seen horrid things happen, you can’t allow emotion to take over. You suffer quietly. In the film, the vulnerability that comes through and takes over the main character is what redeems her. 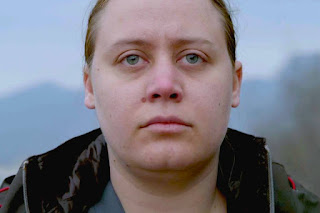 She conveys a lot, while acting in a very minimalistic way. She feels like a character out of a film by Bresson. Has he been a reference point to you?


I love Bresson for his minimalism and his poetic syntax. It’s the juxtaposition of the other components in a film, which creates a big wave of emotion, that permeates and highlights the character, rather than the reliance only on his or her performance.


Irena Ivanova is both an amateur actress and a poet.


She’s well-known in the young poetry scene in Bulgaria. Her first book came out now. She writes from a very similar perspective to mine.


Do you always choose to work with non-actors? And why?


So far I prefer to work like that. Of course it depends on the story. I think for this particular story it was important the characters to look as authentic as possible. The non-actors brought their own painful experiences, imprinted on their faces. I could never have been able to write or direct that. So, Irena Ivanova brought to the film her own scars. We are born in the same place and the people that have caused trauma or received trauma are the same. The conditions are the same. If you share a sensitivity towards that reality, then you’re affected in exactly the same way.


So, I assume that you feel quite attached to the Bulgarian society.


I do, but not in a nationalistic or patriotic sense. For 21 years I had been an expat. I left Bulgaria when I was 19. Coming back, I see that, unfortunately, it hasn’t changed much. In the capital, however, things are slowly changing. I have huge faith in the new generation, because it’s not affected by the same fear, the same insecurity. The capable, the intelligentsia, the people of my generation who believed in themselves had to fight really hard to gain back their values. My generation’s confidence and self-belief were beaten out of us. Anyone who repossessed their confidence had to work for it. We were raised under the motto: “You don’t talk, you shouldn’t talk, you shouldn’t say what you think, you can’t do this, you won’t succeed, you’ll never make it. You wanna stick out? Here goes a hammer in your head”. And that, of course, had a huge impact on how you carry through life. Courage is what pulls you through, eventually.


What personally pulled me through was a certain feeling of rage. I’m really grateful to my grandfather, who is no longer amongst us. He is my personal saint. He was a big man, ironically a Communist, but a purist, like those before 1945, before the Communists came and completely perverted the idea. He was an idealist, full of love and integrity. At his funeral there was a huge number of his contemporaries, who came to pay respects. His values were solid as anchors. I’m glad I had such a role-model, I think that’s what saved me. What followed afterwards was very stormy, in many ways. It is what caused my rage. I believe rage is good, though, but you have to channel it in a positive way. When coupled with values you feel connected to, it gives you the strength to believe in some truth out there. It’s a good weapon, when you’re on the side of the truth. 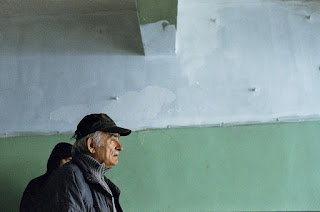 Being awarded at Locarno Film Festival came as a surprise to you.


Absolutely. It was totally unpredictable. I’m still seeing images of little leopards popping out! I was hugely humbled and honored and already feeling grateful, as we were in competition for a debut. I can’t be happier, but particularly because these awards came from a jury I tremendously admire, consisting of Arturo Ripstein, Kate Moran, Rafi Pitts, Rodrigo Teixeira and Wang Bing.


Hopefully all goes well, wherever your film travels next.


Marina Abramović, the artist, has said that what makes good art is ideas you’re afraid of. It gets you in a process that pushes your creative potential. It’s scary, but also attractive. Personally, it helps me grow as a human being, and an artist. And now I’m beginning to learn that, if you are connected with your instincts, you can’t fail. 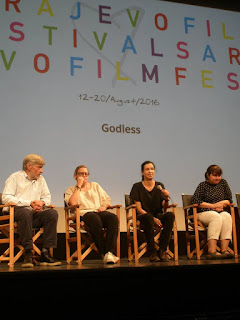