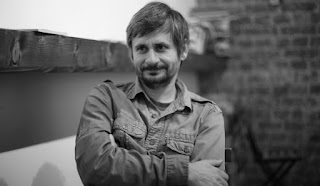 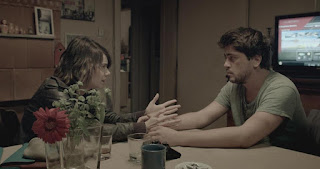 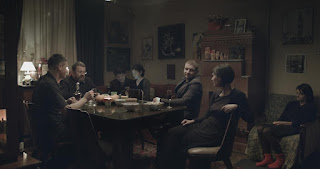 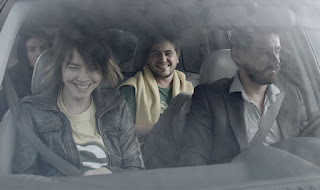 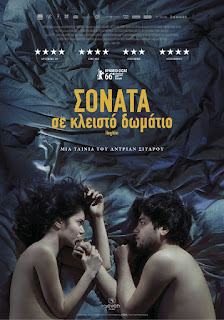 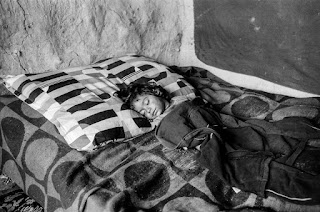 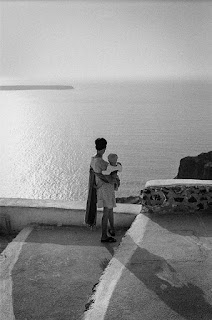 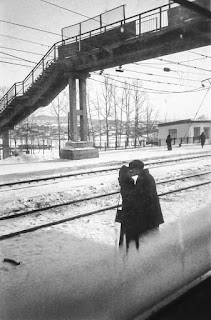 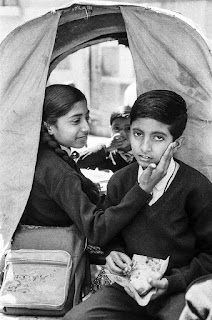 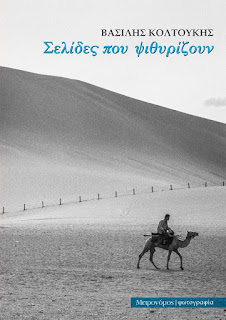 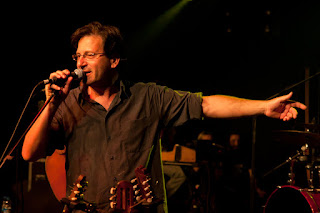 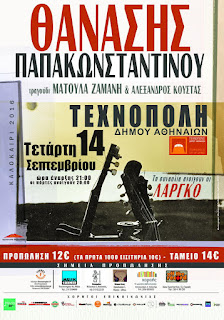 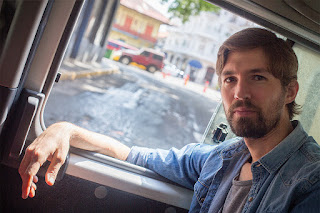 The masterful debut feature film Road to La Paz by the Argentinian Francisco Varone, a tender road movie, hymn to friendship, co-existence and religious tolerance, which focuses on the relationship between an amateur taxi driver and his elderly Muslim passenger, is currently being screened at selected Athenian cinemas, after its European premiere at last year’s Thessaloniki Film Festival, where it won the Bronze Alexander. In conversation with the director.


What was the starting point of this journey?


The starting point was the economic crisis in Argentina in 2001 and, more specifically, the case of my best friend, who lost his job and was married. What happened was that he stayed at home managing the household, cleaning and cooking, while his wife was the one working and bringing money home. The thing that was interesting to me was that my friend was not concerned, because of this fact. He was feeling very comfortable and, at least in Argentina, this is not normal. It’s the man, who usually works. Seeing, then, this situation and my friend not being interested in finding a job, I realized that there’s something here. That was the first “seed” for the script of the film.


Would you say that the Argentinian society is as patriarchal as most societies worldwide?


In some respects it’s a traditional society, but we’re not that traditional, that Catholics. We are located somewhere in the middle. We’re not the most open-minded people on earth, but we’re trying to adapt.


Why did you decide to include the character of the elderly devout Muslim in the script of your film? Bearing in mind the emergence of Islamophobia worldwide, was this choice meant to be “read” as your personal comment?


At the same time when I started writing the script, I was still searching who would be the passenger of the taxi that would ask the driver to take him to a distant city. So, I met a friend of mine from the Film School, who told me that he had converted to Islam. This made me curious and he invited me to visit his Muslim community. I spent a whole Saturday with them, finding out something very interesting, which I didn’t know was happening in Argentina. Islam in Latin America doesn’t have many followers, you know. Moreover, in Argentina most are Catholics, Jews or nothing. So, for me it was a discovery to be a part of this community even for that day alone, and what surprised me was the fact that they were really gentle, open-minded, generous and receptive- more than many Catholics and Jews- and were glad to have me with them. I, therefore, had to show this, at least to the Latin American audience. It had to learn that there are Muslims here and that the Latin American culture and Islam can co-exist in a very harmonic way.

In a previous conversation of ours, you had mentioned that this community is a Sufi community.


The way the people belonging to this community approach and practice Islam is more esoteric and is different from what we read on the news, which depict the most extreme version of Islam. When you live far from the Middle East or from Muslims, you adopt the perception of them that the media present. So, getting to know this Sufi community, was a great discovery for me and a chance to learn about the Muslims who live in Argentina.


With regard to the choice of actors, did you write the script with them in mind, or did the one lead to the other?


Rodrigo de la Serna (Sebastián), the younger character, is a well-known actor in Argentina and I had him in mind, when I was writing the script. He was the actor I wanted for this role. So, I was very lucky, because the film is independent and I was not a known director in Argentina at the time. I managed to give him the script, he read it, and, to my surprise, he told me that he wanted to take part in my film. Ernesto Suárez (Jalil), the older one, came up later, because my initial idea was to cast a real Muslim for his role. After several months, however, we realized that all the Muslims, whom we had found, were good Muslims, but not good actors. So, we changed direction and started a new casting. Not in Buenos Aires, though, as we didn’t want a famous actor, but in other locations. We, eventually, found Ernesto in Mendoza, near the Andes.

Does he live there?


He has always been living there, where he has being doing theatre for almost 50 years. He was never interested in participating in films or TV productions, but, as I was sure that he was the right person for this particular role, I boarded a plane to Mendoza, I met him and begged him to play in the film. Apparently, he liked the script and was interested in living the experience of taking part in a movie for the first time. When I was still having some reservations regarding my decision, I called Rodrigo, who also took a plane to Mendoza. The three of us spent a few days together. As Rodrigo is a guitar player and Ernesto likes singing tango, after a few glasses of wine all three of us were playing music and singing. In a few hours, we created a bond and formed a friendship, which lasts to this day.


As the films draws to a close, do the characters finally manage to achieve their inner peace, are they internally transformed?


For sure the character of the younger guy is being transformed, compared to how he was at the beginning of the film, and this of course has to do with the whole journey and his relationship with Jalil. The Sebastián, whom you see at the end of the film, is more grown up, more mature. However, Jalil is transformed, as well, but in a more subtle way, as he is at the end of his own journey and his life. 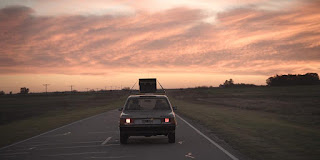 You follow faithfully, but not in the most predictable way, the road movie genre. What attracts you to it, both as a filmmaker and a spectator?


I’ve always loved road movies. For the travel, the music, the adventure I don’t have in my daily life. So, when I started writing the script, I wanted to make a film, which would constitute an unpredictable adventure. Although I use many of the typical mechanisms or rules of the genre, at the same time I had in mind that I wanted to present a story, which, every now and then, would cause surprise to the audience.


What other film genres or directors do you appreciate, that also influenced you during the course of the shooting of your film?


I try to see a vast spectrum of films. Especially for this movie, I watched Goodbye Solo, a very beautiful independent American film, Aki Kaurismäki’s works, Paris, Texas by Wim Wenders, the Mexican Y tu mamá también, films by the Austrian director Götz Spielmann, such as  Revanche and Antares. I wanted to watch what has preceded my film, using what style, how other directors were shooting in a car.


In any case, Road to La Paz is a highly accomplished debut, revealing a lot of potential.


Francisco Varone’s Road to La Paz is currently being screened at selected cinemas in Athens distributed by DANAOS FILMS. 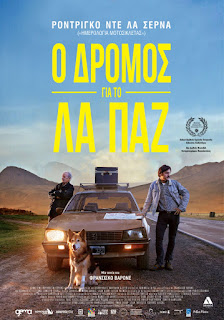