Blerta Zeqiri: “It is just unacceptable to forbid love” 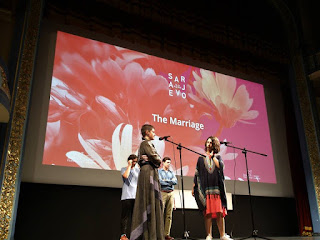 The Marriage, the confidently directed, superbly acted and taboo-breaking debut feature film by Kosovar Blerta Zeqiri, narrates a gay love story set against the backdrop of a conservative society. We sat down with the director during the course of the 24th Sarajevo Film Festival, where her film was screened as part of the In Focus section, to enthusiastic audience acclaim.


Where did the initial inspiration for this very gutsy, emotionally generous film of yours come from?


Everything started from two friends of mine. The first was married with two children and only then his wife realized that her husband is gay. The other was gay and was dealing with all this pressure of society to get married and settle down. I was observing these two misfortunes happening in our society just because somebody else thought that there is only one of way of living your life.

For me, it is just unacceptable to forbid love, because love is the most beautiful thing that we can have. To forbid it is crazy. I would totally understand if you forbade hatred. So, I felt that I must do something about this, especially because in our region and in Kosovar society there is not even one gay person that lives openly as such.


Is this the first Kosovar feature film dealing with this particular topic?


Yes. Maybe it is the first love story. It contains the first more explicit sex scene in our cinema and the first one that happens to be gay.


I am intrigued as to how it has been or will be received in your country.


We premiered in Tallinn Black Nights last year and immediately afterwards, in February, the film was released in Kosovo, because, first of all, we did it for our community. At the time we had plans to escape if things went wrong. I had plans to take my kids out of school in case something happened. However, when The Marriage was released, the most amazing thing occurred. It outsold the big blockbusters playing at that time. It was the most watched film during that month. And we didn’t receive any threats at all, only e-mails and SMSes of praise.

Given the social conservatism of Kosovar society and of other societies around the world with regard to LGBT issues, isn’t that a bit contradictory? How do you interpret this reception?


It is. We were super surprised and we still are, we don’t really understand what happened. We have a few explanations. We believe that we have targeted women for this film, and by targeting them, they really felt a connection with this love and didn’t view it as something bad. Consequently, when women embraced this film, then men didn’t have the urge to say that they hated it. During the sex scene we were told that some people would always leave the theater, 5 or so out of 150.


Moreover, every time extremist, violent things take place they are always orchestrated, because somebody wants to gain something out of this. In this particular momentum we were lucky not to have to face such a situation. (Laughs).


Politics aside, I wouldn’t be interested in having this conversation with you if The Marriage wasn’t a great film as such- the quality of its cinematic language, its direction, the acting. I assume this is equally important to you, and not simply to produce a film with a “message”.


Of course. In the beginning I had this idea, this message that I wanted to convey, but the script didn’t feel real. I was trying to make a gay love story, and thought to myself: “This is a love story, not a gay love story”. Then I changed the script completely. It was still the same story, the characters, however, were different. So, I went back to all the loves of my life and together with the co-writer, who is also my partner, we drew inspiration from a lot of things we had experienced. On top of that, the actors would come and bring their own love stories. I enjoyed working on it. It is a film about love and we did it with a lot of love. It’s a beautiful thing being part of such a process.

It’s equally beautiful and challenging to watch such terrific actors on the big screen, especially your male leads Alban Ukaj and Genc Salihu. Do you feel lucky to have had these partners in cinematic “crime”?


I was the luckiest and I had the time of my life! Working in this project is, maybe, the best thing I’ve done until now in terms of feelings and energy that was on set. They were attached to the project when we didn’t have anything written yet. We did this all together and they stayed, even during the first shitty drafts of the script. A lot came out of the improvisation sessions that we conducted.


There are films occasionally emerging from Kosovo- perhaps no more than 3 every couple of years, they are screened at festivals, some draw attention, some are awarded. How difficult is it for a filmmaker, especially a young and a debutant one from this country, to fulfill her dream?


We didn’t really have a cinematic tradition because of the war and prior to it there were few people doing films- and when they did, they were using crews from countries of ex-Yugoslavia, so we didn’t really have an industry. Everything started after the war and went slowly. In the beginning things were really bad. Now some new guys are at the Kosovo Cinematography Center and doing really great. The budget is bigger and they support a lot of projects. We still don’t have enough money, though. The maximum that they give is 200.000 Euros. At least now we have the possibility to make films. 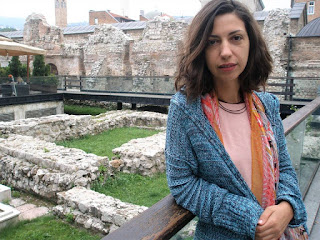 The very interesting thing is that a lot of women filmmakers are emerging. Following The Marriage, there are so many amazing films coming from women directors. There are 3 projects that I’m dying to watch on the big screen. You see a different touch, when most films in the Balkans and around the world are masculine, lacking the feminine hyper-sensitivity.


The political situation in Kosovo, however, is quite unstable, especially with all this ongoing discussion regarding the re-drawing of borders with Serbia. Does that affect you in terms of your creative endeavors?


I agree. They affect us, though.


I know, and I hate that they do and I don’t know how to deal with it. It causes frustration to people, which, in turn, brings all the bad things- wars and the rest. I just can’t be a part of it. It doesn’t matter which side I choose. The minute you’re part of it, you’re part of it.


You try to fight against all these through your work.

Which doesn’t mean that your film is a political statement.


It has such elements. It has also had a thriving festival life so far. Where is it travelling next?


It’s still travelling and I’m travelling with it. It has been sold to half of the world.


Will it ever “land” on Greek shores?


I would like to warmly thank Blerta Zeqiri for taking the time to engage in this conversation during the course of the 24th Sarajevo Film Festival. 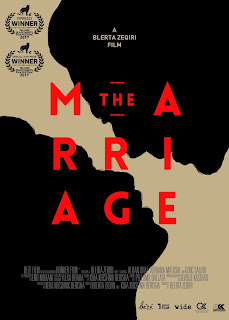