Ismet Sijarina: “I want to make a piece of art, not to be politically correct” 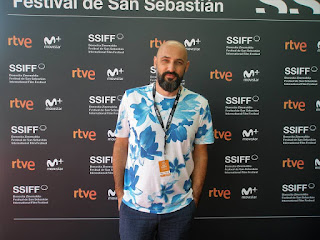 Poignantly, subtly and unpretentiously directed, Cold November, the debut feature of Kosovar filmmaker Ismet Sijarina, narrates the story of a “small” man, Fadil (Kushtrim Hoxha), torn between his desire to support his family and his moral commitment to his community in the bleak early ’90s Kosovo. We met with the gifted director during the course of the 66th San Sebastian International Film Festival, where his film had its world premiere as part of the New Directors section.


Fadil (Kushtrim Hoxha), Cold November’s male lead, is a “small” man crushed by internal and external powers which he cannot control or easily transcend. His character is among the most memorable in contemporary Balkan cinema and beyond. Why did you feel the urge to narrate the story of a simple man, an anti-hero of sorts?


I think that to explore the society you should go as deep as possible and find an “unimportant” person: see how he lives, what he faces, which his everyday challenges are. Through Fadil’s life we found a way to explore life in our society during early ’90s. This was a good choice. Otherwise it would have been impossible to deal with an era that was too complicated. 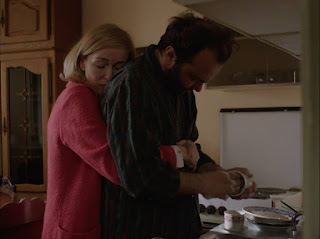 Is his character based on personal experiences, recollections, thoughts or real-life people that you know or you are befriended with?


Actually these are fragments collected from my life as a kid. I can, therefore, say that inside his character there is something of me, as well. Of course it’s a fiction film, but everything is based on true events: what I’ve seen as a child, what I remember- when my parents lost their jobs, how they lived, the pressure exerted upon them. All the films of the last 10 years in Kosovo deal with the war, but none of them attempted to engage with the period when we merely existed, between 1990 until the real war started, because their directors think that they will attract more Western audiences.


That period was so complicated that nobody wanted to deal with it. No one wrote any books about it, either, even in our society. It’s like 8 blank years. I wanted to show how we lived from the perspective of a child. And then I found Kushtrim.


…Whose calm, yet powerful, performance should render him internationally known. Is he an experienced actor?


He has played some small roles in TV series in the USA, but this was his first role in a feature film, so we shared the experience. He has calmness in his DNA. When I started the film, I wanted to make something simple, not visually stunning, that would communicate with the audience the way we’re talking right now. All I had was a tripod and two lenses. In a couple of cases I used a 60mm lens for close-ups. We didn’t have a lot of tools, but that was due to my approach. 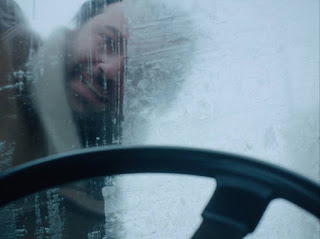 I found it rather intriguing that you chose the Bosnian Emir Hadžihafizbegović, one of the finest actors in contemporary Balkan cinema, for the role of the cold-blooded, mean Serb. Why did you decide that?


This was a more or less “commercially”-driven choice, because we wanted to have a star in the film. None of us was a star. We were aware of that. Being aware of who you are is a good skill. You realize your position, and then you can move on. I told Fatmir Spahiu, the producer: “Since he’s going to be from ex-Yugoslavia, let’s choose a star who will attract audiences from the region”. We subsequently approached Emir and he immediately responded: “I love it, I’m coming”. He was great, really cooperative. We shot all his scenes in 7 days. 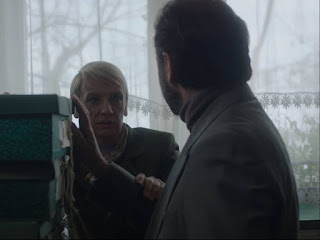 I appreciate the subtlety with which the character of Bianca, the Serbian colleague of Fadil, is portrayed: in purely cinematic terms, and not those of “quotas” or political correctness.


I want to make a piece of art, not propaganda, I don’t want to be politically correct. Art is not here to present a conclusion, but to raise a question. That’s what we did. I’m really tired of these black and white films, where all Serbs were portrayed as bad, because they were not. We were raised together, we played together, we were neighbors. And then there were those of them who were brainwashed by lies.


The “sirens” of nationalism sound once again loudly in the Balkans. As humans and citizens of the wider region, can we afford to face the consequences of yet another war?


I think that we should make more films about the war and less wars. We can agree or not, yet we can inform the younger generations about the consequences. There are no big heroes in a war and no winners, everybody suffers. I want to pass to the worldwide audience the message that there is no black and white in a war. There are good and bad people on both sides.


So, I don’t think that people, especially in Kosovo, are ready for war. If something really happens -in fact before it does- the whole Kosovo will become empty. People in this country are tired of these heroes after the war, who have misused their positions. No one wants to fight anymore, they’ve started enjoying leading normal lives. 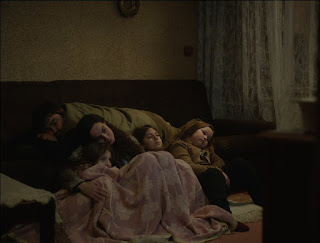 Kosovar cinema has been slowly, yet steadily, developing in recent years. What are its future prospects, to your mind?


Kosovo is very small. We’re something between West and East, a multi-cultural, multi-ethnic, multi-religious society. These few films that we have started to produce and those that are expected to be released next year will help Kosovo make a big step. Of course things will not change overnight, yet I do expect that we’ll have great films in the future, since we’re having a generation that does not believe in this pathetic, metaphorical approach any longer.


Our approach is more or less documentary, docufiction-oriented, so that the audience can engage with the stories. Budget is limited, but we squeeze our brains to get the best out of it and that is sometimes beneficial.


I would like to warmly thank the Press Office of the 66th San Sebastian International Film Festival for arranging the interview with Ismet Sijarina.


More info on Cold November may be found here. 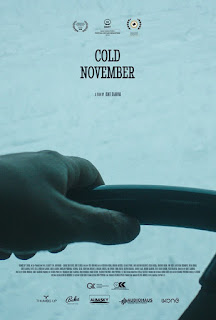