Ana Urushadze: “When you tell a story about restrictions, it involves freedom, too” 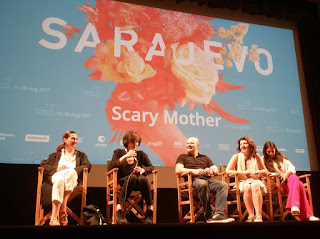 How many “bridges” does one need to burn, before materializing one’s vision? In her debut feature Scary Mother, a bold cinephile statement, the emerging Georgian filmmaker Ana Urushadze attempts to tackle this issue through the story of the 50-year-old housewife Manana (Nata Murvanidze), who realizes that she has to quit her family, in order to fulfil her passion for writing. We caught up with the director at this year’s Sarajevo Film Festival, a few hours before the awards ceremony. Scary Mother went on to receive the Best Film award, alongside the earlier won Cineuropa prize.


You received two awards at Locarno, where Scary Mother had its world premiere. How does it feel, especially considering the fact that this is your debut feature?


If I say it feels great, it will be ridiculous. It was amazing. I’m grateful to everyone and thankful to the cast and crew who helped me make this film and then receive the awards. 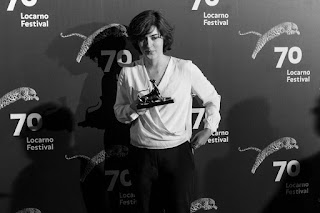 How did it all happen, what brought you to the whole process of filmmaking?


Somehow I always wanted to be a director. I imagined this would happen, so it happened.


Does it also have to do with your familial background, bearing in mind that your father, Zaza Urushadze, is a director, too?


Has he been encouraging, inspiring or helpful?


It was my decision. Nevertheless, he told me “do what you want to do”. He always gives me his opinion, of course.


Before your debut feature had you done any shorts?


I had done several shorts while studying at the university. I also wrote 3 scripts for feature films and submitted one of them, which got rejected. In the end I submitted this film, that received financing.


You didn’t lose your determination, however.


Why stop doing things that you enjoy?


What was the starting point of Scary Mother? A thought, an idea, an image of someone, a state of mind?


It all happened simultaneously. The idea, impressions, all gathered up… I don’t remember exactly.


Maybe. It was an intuitive choice. I felt it was the right thing to do. It’s the only answer that I have, because it’s true. How can I say another thing? (Laughs) 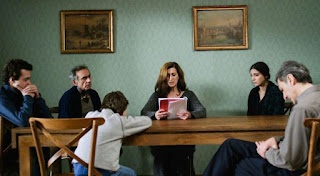 While watching Scary Mother I had a hard time deciding what was scarier, the mother or the familial and societal restrictions? To you, what is the scariest part? Or are there more than one?


I like the fact that the film offers no definite version and leaves open questions. The more questions people have, the happier I am, I guess. When they arise, it means people think about it. This is a privilege and an honor for the director and the rest of the cast.


Nata Murvanidze, your lead actress, gives a subtle, understated performance, driven by inner strength and an intense sense of turmoil. How did you co-operate?


She’s very famous in Georgia. I thought about her while writing the script, hoping that she would say “yes”, which she did, and then we started a two-month period of pre-shooting rehearsals. We were talking about the character and nothing else. Afterwards, the shooting process went smoothly. 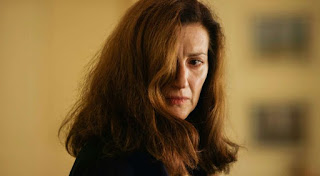 So, was everything strictly scripted?


No. We followed the script, but the whole shooting was based on improvisation and I enjoyed it very much, because it’s more interesting to me.


Would you sacrifice something or someone similar, in order to materialize your vision?


Personally I don’t identify with this character at all. I don’t perceive myself as a writer. To me, writing a script is not writing yet. So, I don’t like responding to such a question, because it relates me to this character. In this woman’s case, it is like that. In mine, it depends on situations.


Would you also say that your film is a comment on the way that women are perceived in Georgia or on their societal status, or was it meant as something more universal?


In all societies there is a percentage of restrictions imposed on women. In Georgia, too. To be honest, the percentage there is quite high. These restrictions share similarities, like oppression and control, but showing an oppressed woman wasn’t what I had in mind. I just wanted to tell a story. 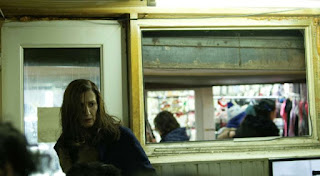 It’s a very violent film, explosive on the inside.


There have been many Georgian films in recent years shown at festivals, ranging from very good to exceptional. How do you interpret this fact?


Are there structures that fund or support filmmakers?


The main problem is financing- and there are many projects. As for the filmmakers, it’s kind of a wave. We’re very happy and encourage each other.


What will your next project be?


I’ll try to write a new script, but I feel that it needs time. I don’t know how much- maybe a few weeks, or several months. I just have an idea about it. So, I’m trying to concentrate on the idea at this point. 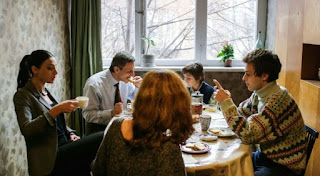 That said, Scary Mother is still an “infant”.


I feel that too much time has already passed and the moment I finished the film I wanted to start something new. To me it’s not an infant anymore! (Laughs)


As a good, and not a scary, mother, however, you’ll have to accompany it through the festival process.


Festival-wise it’s an infant, but for me it’s already a grown-up!


Are there more festivals lined up?


My producer knows that. I hope so, because I love travelling. This is one of the things that I enjoy the most.


More info on the film can be found at: http://alief.co.uk/film/film-sales/ 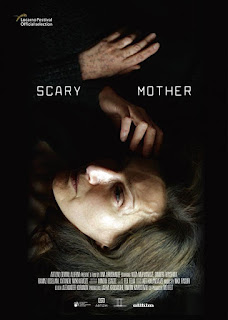