Igor Drljaca: “I call Bosnia and Herzegovina a Kafka country” 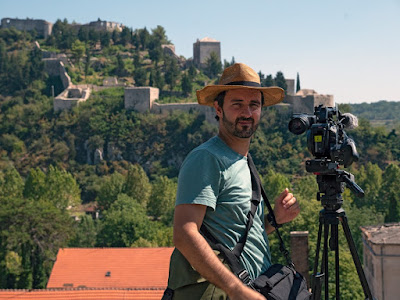 
The documentary is having its Bosnian premiere at the forthcoming 25th Sarajevo Film Festival.


What’s your view of the situation in Bosnia and Herzegovina?


It’s a state divided along ethnic lines and the power is distributed that way.


It’s like saying “there’s no Greece, only a province of Greece.” It’s an absurd situation. I call Bosnia and Herzegovina a Kafka country.


How did this very original -to my mind- approach of yours to Bosnia’s History through the examination of the tourist industry and the competing narratives around it come to life? Was this an issue that you had been researching anyway?


While working on a different project, I became fascinated by how mythology and ideology are intertwined in the creation of meaning for the people here.


One thing I noticed is that you try to create a tourist attraction, whether it relates to a claim that something has happened somewhere, or to an actual thought-out idea.


What I essentially wanted to figure out was how people perceived these places. I didn’t want to be judgemental. But then, through the subtle friction, I realized that there was a lot more to all of them than meets the eye.


If you create a very critical piece of work, you’re actually shutting off dialogue, so if I started criticizing these sites it would be pointless.


That’s clear. You tend to present people’s testimonies or lines of argumentation in a non-judgemental way.


I wanted all people to think about their own take on the particular History, how and by whom it is informed. I wanted them to think about how History in their own region, family and ethnic groups is created. 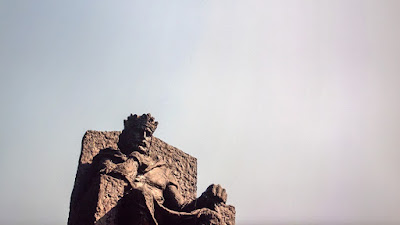 Why did you decide to focus on these particular places/cities?


Međugorje has had a lot of pilgrims from all over the world ever since the ‘80s, it constitutes an ever-growing attraction.


With regard to Visoko, they’re trying to re-brand it like a new age phenomenon, and as a result it attracts a lot more tourists again.


I kept hearing about Andrićgrad in Višegrad from people that had visited it.


My grandfather is buried in the graveyard there. What I was fascinated by was the way the city is attempting to create all these new attractions like the salt lakes next to the graveyard.


I was also fascinated by the way they’re trying to tie the struggle that the Kings had in the Middle Ages both against the Orthodox people and the Catholics to the contemporary struggle for a Bosnian identity.


Because, however, of the way the constitution is created there can’t be a meaningful change in the political sphere. So, you have all these center-Left or Left parties, some of which ideologically represent progress, but they don’t have power.


Even if you were to get all of them in the same room, you wouldn’t be able to change the constitution. It doesn’t say that they even exist. You have to tie yourself to one of the three ethnic groups. 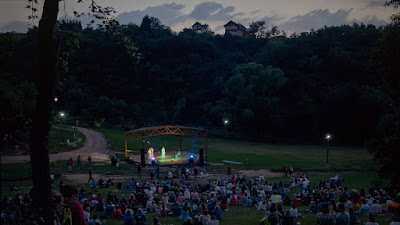 Did you get to know Bosnia and Herzegovina better or more deeply through the process of filming this documentary and the related research?


A bit, especially the Medieval period. Bosnia and Herzegovina has so many medieval structures from before the Ottoman time. What’s fascinating is how Croatian, Serbian and Bosnian historians have a completely different interpretation of that period.


One of the things that I felt, especially while traveling to Višegrad and Međugorje, is the fear that if the state wasn’t structured the way it is, you’d have this ridiculous domination by Muslim forces, even though a large number of Bosniaks are secular.


That fear is not based on any reality, but on mythologies from other periods. In part this is how the war was waged, based on these fears.


Sarajevo is my favorite city abroad, and I feel that films like yours enrich one’s perception and understanding of Bosnia and Herzegovina.


Most people that come here find the place fascinating, they’re perplexed by it, because when you’re on the street you feel that you’re in this weird time-warp, and because it’s like a crossroad - and has been a crossroad of the Christian and the Muslim Empire.


Sarajevo still has this heaviness, but also an optimism. They’re both there, and they exist at the same time.


It’s a city becoming bigger and bigger, but also bears the sensibility of a small town. It always had the ability to make you feel not lost in a big place.


It’s open to everybody, but it’s really hard for people to see a future where this society will have a civic identity. Sarajevo Canton is trying to build that, but we’ll see where it goes. 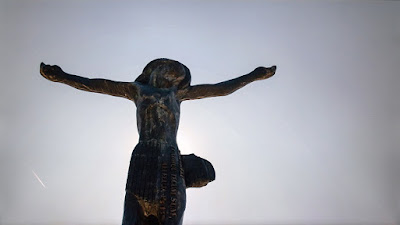 What about the new film that you’re working on? Is it going to be a fictional one?


It will be a narrative feature. A fictional film set in modern-day Sarajevo, where two young people fall in love and because of the situation in the city and where they come from it’s really hard for them to stay together. It’s a love story.


It’s also an edgy fairytale, structured like a fairytale that doesn’t have a happy ending.


For now, The Stone Speakers is about to have its Bosnian premiere during the course of the forthcoming Sarajevo Film Festival. Does it feel like a moving prospect or not?


I feel a little nervous about it.


When you’re showing it in an environment like this, people are going to read into things that I may not intend to. Everybody always tries to figure out where you come from- ideologically or your ethnic group.


They’re very confused about mine. My name and surname are very Serbian, but then they realize that I’m not fully Serbian -I come from a mixed marriage-, and have a completely different read of me.


First they try to figure out who you are and then to interpret your film. The danger with this situation is that you’re actually not watching the same film.


I’m not too optimistic.


More info about Igor Drljaca and his work may be found in his personal website.


The Stone Speakers will be screened within the context of BH Film-Documentary Film section of the forthcoming Sarajevo Film Festival (16-23 August 2019) on Monday 19th of August, Multiplex Cinema City, Hall 4, at 20:00. 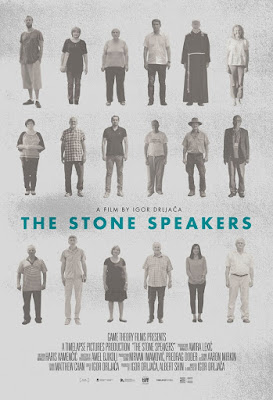