Sarah Gavron: “We wanted to tell the story of the ordinary woman” 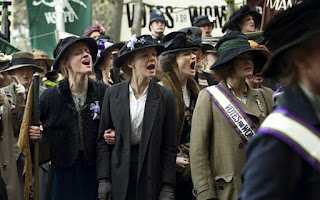 Boasting exemplary performances by the leading actresses (Carey Mulligan, Helena Bonham-Carter, Anne-Marie Duff) and skillfully blending the personal with the political, Sarah Gavron’s Suffragette attempts to recount the stories of the ordinary working class women, who got involved in the Suffragettes’ movement. The film had its world premiere at the Competition section of last year’s Berlinale and is currently being screened at Greek cinemas. On this occasion, I had an enlightening conversation with the director.


I wanted to make the film for many years. Over 10 years, really. I started to realize that this subject has never been depicted in a film and there’s this really extraordinary story, not widely known the U.K., even though it’s our own movement. Even if you talk to university students, they only know a few details and I wasn’t taught it at school. Only when I began reading about it and through research I realized that there had been these women, who sacrificed so much for this cause, went to prison, on hunger strikes, were force-fed, faced great brutality in the hands of the police and lost jobs, homes and families, so it felt really compelling, a story that needed to be told: not only because it’s a hugely critical slice of our history, which really impacted and changed the course of our lives now, but also because it has resonance today. As we were researching it, it kept feeling more and more oddly relevant. At the same time, we were discovering these police surveillance operations being carried out against suffragettes and then we were reading in the newspapers about police surveillance today, then about activism- it seemed to echo many world events. Also, as we know, although we have a more equal society than we had in Britain a 100 years ago, there are some countries around the world, where women are fighting for basic human rights. So, it felt that the story was timely. 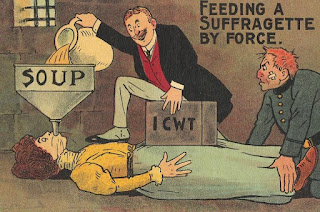 How long have you been researching on the film’s subject?


We spent about 6 years.


Well, films take a long time, anyway! We went on many different “paths”, before deciding which one to follow, you know. Should we make it about Emmeline Pankhurst? Which women, which period should we focus on? As the movement spanned 50 years and there were thousands of women involved in it, there were, consequently, many different ways to tell this story.


So, why did you decide to focus on these particular characters, which, as I understand, are partly based on real women’s stories and partly fictitious?


We were fascinated by the stories of the working-class women. Often, women stories have been marginalized in history, generally, but working class women’s even more so. And when we read the accounts of these women, who were poor, worked in factories, got involved in the movement and really achieved a lot in terms of activism, their voices felt very contemporary. Moreover, they were dealing with issues of unequal pay, custodial rights over their children and sexual abuse in the workplace. This felt like an interesting and accessible introduction to the subject for a modern audience, rather than telling the story of an educated, elite woman, like Pankhurst. We wanted to tell the story of the ordinary woman, follow her journey and connect it with people today. We created a composite character. Everything that happens to Maud, happens to women we read about. We pulled together her character from a few different women, not being overly constrained by one person’s life story.

I assume that your film is quite accurate in historical terms.


Yes, very accurate. We had lots of historical advisors collaborating with us, historians who have worked on the subject for more than 30 years.


Why did you decide to cast Carey Mulligan, Helena Bonham-Carter and Anne-Marie Duff as your leading actresses? With regard to Meryl Streep, who interprets the role of Emmeline Pankurst, were you concerned whether her presence would divert the audience’s attention from the story itself, or did you think that it would attract more interest in your film?


In terms of the casting, those were the actresses that I very much wanted in the film and represent an eclectic range of the actresses we have. I wanted to work with Carey Mulligan on this particular project. She was absolutely right to me for this role. She’s an actress who can “inhabit” a character so truthfully, she can convey so much on screen.  She was the first actress we approached, said “yes” and was glad to have her on board of this film. Then, we “built” the cast around her. It was exciting also to have Helena Bonham-Carter in a role that we don’t normally see her interpret. And also she had a funny and personal connection to the history, as she’s the great-granddaughter of Herbert Asquith, the prime minister of Britain at the time of the Suffragettes. And, then, Anne-Marie Duff is one of those actresses who are very truthful, as well, It sounded interesting to have all these women working together, as an ensemble. 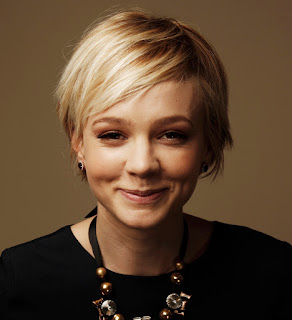 When it came to casting Emmeline Pankhurst, an iconic figure who only appears in the film in one scene, we talked about who could play this role and we decided to think about getting an iconic actress, so we went for Meryl quite deliberately, knowing that, in a way, we would harness her star power, as Emmeline Pankhurst did with the women at the time.


Has your film been negatively criticized either domestically or abroad?


In Britain it has been critically well-received on the whole and really did well at the box office, it was a commercial success. It was a cross-generation thing, both young and old people attended its screenings. Many young women became more politically aware, after watching it. I also got a lot of messages from people, stating that it was the first time they ever heard applause in the cinema. I was excited to hear that. In Britain we are rather restrained, we rarely clap at the end of a film!


In America it was more complicated. I think it’s not an American story, the Americans had their own movement at the same time, which was similar in some ways and different in other ways. The key distinction is that we had hardly any people of color in Britain, whereas America, because of the immigration, had many and were involved in the movement, as well. And they had this division, this prejudice running through the movement, that women of color were excluded, a fact that characterized the American movement. So, in America the audience was appreciative of the film in some areas, less in others, but its story wasn’t known and it wasn’t the American story, too.


As a politicized person and a filmmaker, do you think that aggressive tactics, such as those employed by the Suffragettes’ movement, are necessary for a class movement, in its struggle to gain more rights?


I can certainly understand what made them turn to civil disobedience. For 50 years, they were trying to constitutionally affect change with no result at all- petitioning and talking. These efforts just resulted into a series of broken promises on the part of the government and also an effective press blockade, where the press weren’t reporting anything that women were trying to do. I can see that they were met with this intransigence, which led them to seek other ways to reach the government. They kinda “stumbled upon” militancy, in a way. This technique certainly had an impact and drew attention to the cause. What’s important, looking back, because the word “terrorism” has been applied to these women’s actions, is that modern terrorists set out to target human life and they never wanted to target human life. They wanted to target property. Nobody died as a result of their actions, except for a couple of suffragettes themselves.


Any plans or ideas about a new film?


This film has been my “baby” for a long time. At the moment I’m doing a lot of talking at schools, universities, human rights organizations and want it to prompt discussions. Beyond that, I am also exploring the prospect of a new one, but it’s too early to say more.


I would like to warmly thank Sarah Gavron for our phone conversation and Sophie Glover, Head of Publicity at Pathé UK, for her valuable help in setting it up.


Sarah Gavron’s Suffragette is currently being screened at Greek cinemas. 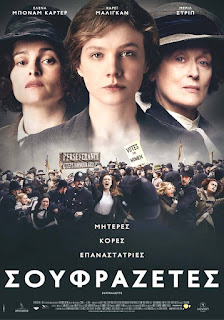